Video: Highlights from the ESSA conference 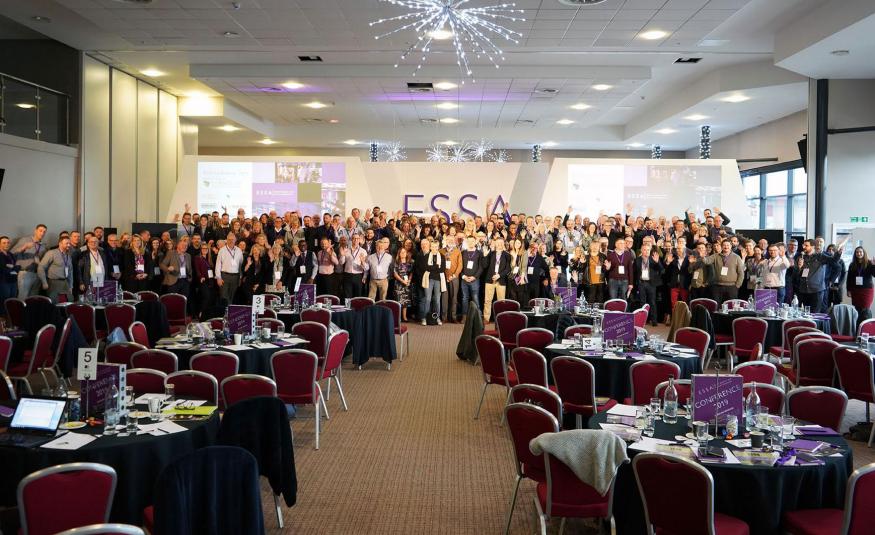 The Event Supplier and Services Association (ESSA) held off its annual conference on 28 November.

The event began with a keynote by comedy writer and creative coach Tim Reid, who co-wrote Peter Kay's Car Share.

The event welcomed more than 200 delegates from across the events industry, to the Doubletree by Hilton at the Arena MK, Milton Keynes. They were present for the launch of the new ESSA Accreditation Scheme.

The new accreditation scheme was announced during the conference’s Town Hall session, with ESSA Chair, Martin Cairns, ESSA vice-Chair Lou Kiwanuka, and ESSA Director, Andrew Harrison, introducing the scheme and explaining its purpose, mechanism and implementation to the assembled members.

260 guests then attended the ESSA Chairman’s Dinner and Awards Night, and met for pre-dinner drinks, including ESSA-branded espresso martinis, before enjoying a three-course meal with musical and comedy entertainment.

ESSA director Andrew Harrison: “This has been the largest ESSA Conference to date, and the initial feedback is that there really has been something for everyone who attended. We are delighted with the reception for ESSA Accredited. It is something that has been needed for some time and now we have the platform to build a comprehensive and well-designed accreditation process for this industry. The dinner and awards celebrated everything that is good about ESSA membership, now we can all step back and celebrate with friends and colleagues.”

EN editor Saul Leese, whose magazine supported the event, added: "This was an incredible event from start to finish. Everyone I spoke to felt like it was the best networking event that Essa has ever done. It was refreshing to hear from so many people inspired by the keynote speakers. It's these sort of events our industry needs because they encourage people from every part of the supply chain to stop and think about problems and how they can look at things differently. Well done everyone at ESSA."