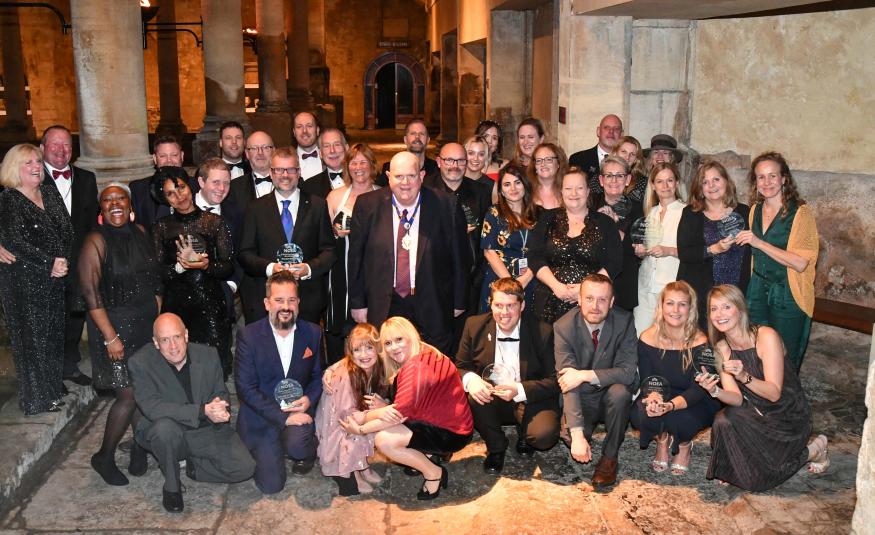 UK events association NOEA celebrated the best of outdoor events at its annual awards this week in Bath.

Exclusive Ballooning picked up the Event of the Year Award for its Sky Safari.

Among the individual awards was Brad Lister from Glastonbury Abbey, who was awarded Event Organiser of the Year, while the team at English Heritage Events were awarded the Event Team of the Year Award.

The NOEA Awards also recognised everyone from Production Team to Medical Provider, Caterer and Event Innovation in the annual awards, during a gala dinner in Bath’s Pump Rooms.

The panel of judges was led by Alistair Turner, Managing Director of EIGHT PR and Marketing, supported by representatives from across the UK outdoor eventsindustry.

Tom Clements, President of NOEA said: “Once again, the awards have picked out some of the biggest names, and some of the hidden gems, that this great industry seems to bring up every single year. It was a brilliant night, and every winner should be justly proud of their achievements.”