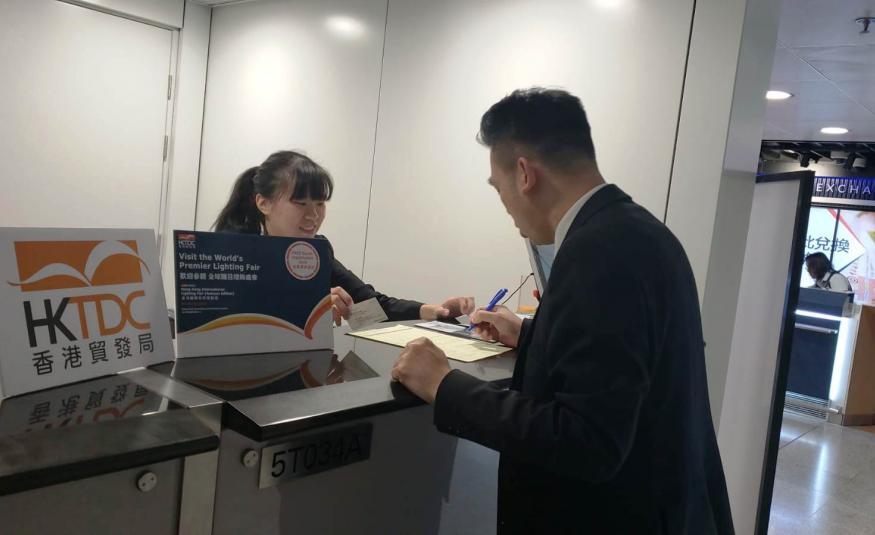 As Hong Kong’s autumn trade fair season draws to a close, the Hong Kong Trade Development Council (HKTDC) has revealed that 9,600 exhibitors and nearly 156,000 buyers from 165 countries and regions attended the seven fairs it organised in October and November, despite ongoing demonstrations in the territory.

According to Hong Kong Tourism Board statistics, the per capita spending of overnight MICE (meetings, incentives, conventions and exhibitions) visitors averages HK$8,218. Based on this figure, it is estimated that the seven fairs generated close to HK$900m in income for Hong Kong's tourism and exhibition-related industries.

Mr Chau added that various measures had been implemented to strengthen support to visitors and exhibitors, including security and enhancing transport services and ramping up its business-matching service to enhance buyer-exhibitor connections.

An independent research agency commissioned by the HKTDC interviewed 1,724 exhibitors and buyers during the Autumn Electronics Fair, the Autumn Lighting Fair and the Outdoor and Tech Light Expo. It  showed that respondents considered fluctuations in the global economy (43%) to be the top business challenge this year, followed by an increase in operating costs (36%) and fluctuating raw material prices (29%), while only 8% of respondents were concerned about the unstable political environment in Hong Kong.

Respondents expressing pessimism over the likelihood of a resolution to the China/USA trade dispute dropped from 48% last year to 33% this year. A total of 45% of respondents remained neutral while 23% expressed optimism.

The Middle East, ASEAN seen as most promising emerging markets for survey respondents. Western Europe (25%), North America (20%) and Japan (14%) were seen as the traditional markets that respondents from the electronics and lighting industries most hoped to develop. In terms of emerging markets, Association of Southeast Asian Nations (ASEAN) countries (10%), Mainland China (8%) and the Middle East (6%) were the most favoured.

As for market outlook, most respondents viewed Korea (63%), Australia and New Zealand (55%) and Western Europe (53%) to have the best growth prospects among traditional markets, while the Middle East (71%) and ASEAN counties (67%) topped the emerging markets.

In terms of product trends, the global demand for smart products continues to gather pace. The Autumn Electronics Fair survey found that 81% of respondents were willing to pay up to an additional 20% for electronics products with smart home applications. Three-quarters of industry players (75%) held an optimistic view on the market potential of products incorporating augmented reality (AR) and virtual reality (VR) technologies, while 71% saw favourable prospects for robotics. Medical applications (45%) were selected as having the greatest growth potential over the next two years, a significant increase of 21 percentage points compared to last year's findings.

Meanwhile, the biggest regional business conference for airline executives – hosted by the Association of Asia Pacific Airlines and Cathay Pacific Airways - due to be held 21-22 November, has been cancelled as more violence erupted on the streets of Hong Kong, 13 November.

“This was a very difficult decision, given our commitment to organise this important industry event, but reflects the unpredictability of the situation in Hong Kong,” AAPA said in a statement. “At the same time, the well-being of our delegates and guests has always been of paramount important.”