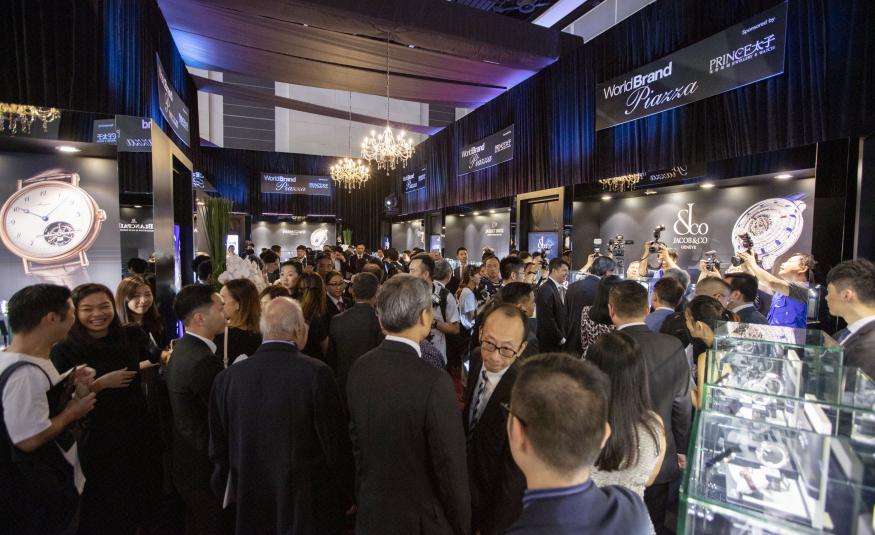 The Hong Kong Convention and Exhibition Centre (HKCEC) reports welcoming hundreds of thousands of exhibitors and buyers from all over the world to five tradefairs over the two weeks to 7 September, signifying the beginning of the annual tradefair season.

Participating exhibitors and buyers from overseas demonstrated confidence in Hong Kong as a leading tradefair city in Asia, despite the public demonstrations sweeping the city in recent months.

A UK buyer to the Asia Adult Expo, Thomas Henry Chadwick, a director from Dotty After Midnight, said he had not experienced any disruption and praised the visa-free regime. “The city is safe for travellers and tourists – it is exactly the same as it was for my last visit! Public transport including the MTR (subway in Hong Kong) is running as normal.”

Robert Harvey, an exhibitor from Larmes based in Hong Kong at the HKTDC Hong Kong Watch & Clock Fair, said: “Hong Kong is a hub where everybody comes to do business. We are pleased to meet with buyers from all over the world and get contacts which we would not be able to get from anywhere else.”

Hungarian buyer Laszlo Bakonyi from BTech Innovation Technology also commented:“You can find thousands and thousands of suppliers here. There is nothing to be worried about in the current situation of Hong Kong.”

Monica Lee-Müller, Managing Director of Hong Kong Convention and Exhibition Centre (Management) Limited (HML), the professional and private management company of the HKCEC, said:“The HKCEC has been operating as normal over the past few months and events are running without interruption.  Although there have been road closures nearby during several incidents, the HKCEC remained accessible by foot, private cars, freight trucks and public transportation. In fact, it is business as usual here. We look forward to the upcoming fairs when exhibitors and buyers from all over the world will continue to make fruitful business connections.”

The Hong Kong Exhibition & Convention Industry Association (HKECIA) has released a video, capturing positive experiences and testimonials of exhibitors and buyers attending events at the HKECE and AWE in recent weeks View here.