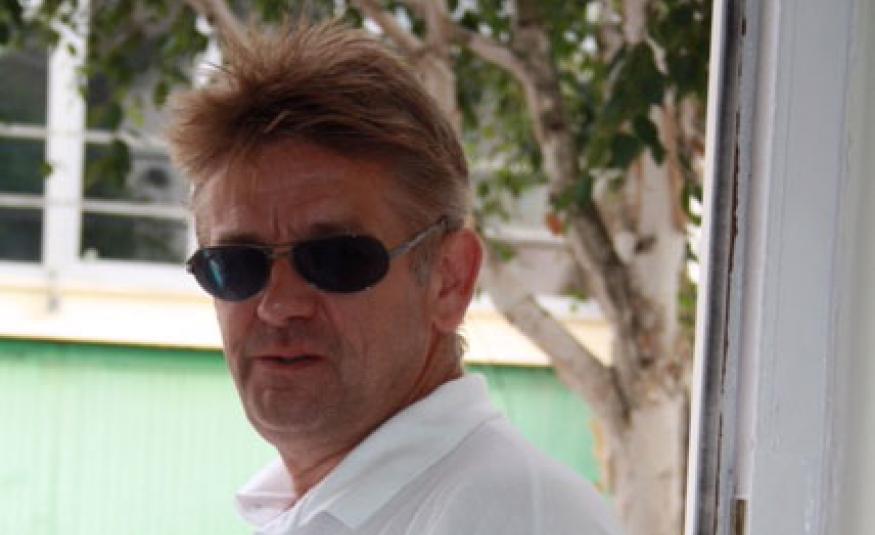 EW learns of the passing on Tuesday (6 August) of former CEO of CloserStill, Andy Center. He was 58.

A dynamic force in the UK and global exhibition industry for many years, Andy was at the heart of numerous acquisitions and launches, and was a truly inspirational leader. He stepped down from the role of CEO at CloserStill in 2017, going on to work on not-for-profit and social enterprise schemes.

NVM then invested again in the CloserStill Media project led by Andy and the other key directors. Andy became CEO of CloserStill (his choice of name after the Joy Division album).

The London Vet Show was CSM’s first launch and it ran on 6 November 2009. During 2009 CSM bought into Pioneer Events, which ran small Pharmacy and Dentistry Shows in the NEC.

Today CSM has 10 Vet Shows worldwide and another three planned.

The first PE deal CSM did was in 2012, when Phoenix invested and the company was valued at £25m.

Andy stepped down as CSM CEO, after eight years, in January 2017.

Over the 10-year period CSM won more awards than any other tradeshow company (47 and counting) and is the only company in the industry to rank in the Sunday Times Best 100 companies to work for.

It is a company which issued shares (not options - real shares) to staff, a principle championed by Andy.

Philip Soar, Chairman and CEO at CloserStill, said: “Andy took immense pride in the bulging awards cabinet and, above all else, the financial difference (often very large) which CloserStill made to many employees' lives by issuing all our staff with shares. Nothing pleased him more than when our cleaners (who were contract staff but who had shares like everyone else) wanted to discuss with him how 'our company was doing'. He wanted everyone in the company to think that way.”

Head of Events at Future Publishing, Jonny Sullens, worked closely with Center at Ithaca and told EW: “Andy was an utter inspiration to me. Both from a business perspective where his ingenuity and drive were second to none but also from a personal perspective in terms of how he doted on his beautiful wife and amazing girls. He was fiercely loyal, always great company and I shall miss him terribly.”

Mash Media MD Julian Agostini said: “I’m so sad about Andy; He is a great loss to the industry. A complete one-off, he was an extraordinary, captivating man who always held your full attention. There is no question that he lived on the edge but I do believe that he was close to genius status and that’s the nature of the beast. A true ground-breaker, total live-wire always fizzing with ideas, hugely inspirational character and of course a natural leader. He drove our industry forward at some pace and has left an amazing legacy…I would say rest in peace but Andy didn’t really do rest or peace and quiet. We’ll miss that energy and effervescence.”

Trevor Foley, who ran the AEO for many years, said of Andy Center: “He was the most amazing person to be in the company of...passionate always, incredibly intelligent, endlessly interesting and interested! He was open, giving and caring. His interests were countless with his family top of the pile, he also loved his sport, his music, his politics and so much more besides.

“His drive as a businessman was incredible, full on, instinctive and unrelenting. He was all about serving a market properly, looking out for and looking after those who worked with him.

“Time and again he was a real achiever in our industry. He was always happy to share, whether you wanted to hear it or not! He was volatile with it mind. I always said that he could make you feel like his best friend in the world or his worst enemy, all in the same day!

“To say ‘sadly missed’ will be a huge understatement for many years to come.”

And CEO of industry association AEO, Chris Skeith, added: “Andy was a visionary, never happy with mediocrity, he always challenged the norm and sought to improve every event every time. His desire for knowledge and data was never ending, whilst at ABC he challenged us to provide more qualitative data to help improve the event and experiences for both the exhibitor and the visitor.

“Andy created and drove businesses that served their markets exceptionally well, and created events that won many AEO awards over the years.

“Our thoughts and condolences go to his wife and family.”

Andy’s funeral will take place on Thursday 22 August 2019 at St Nicholas Church, Chiswick in London (W4 2PH). The service begins at 12.30pm. It will then continue from 2pm to 10pm at Brasserie Blanc, Fulham Reach (W6 9AN).