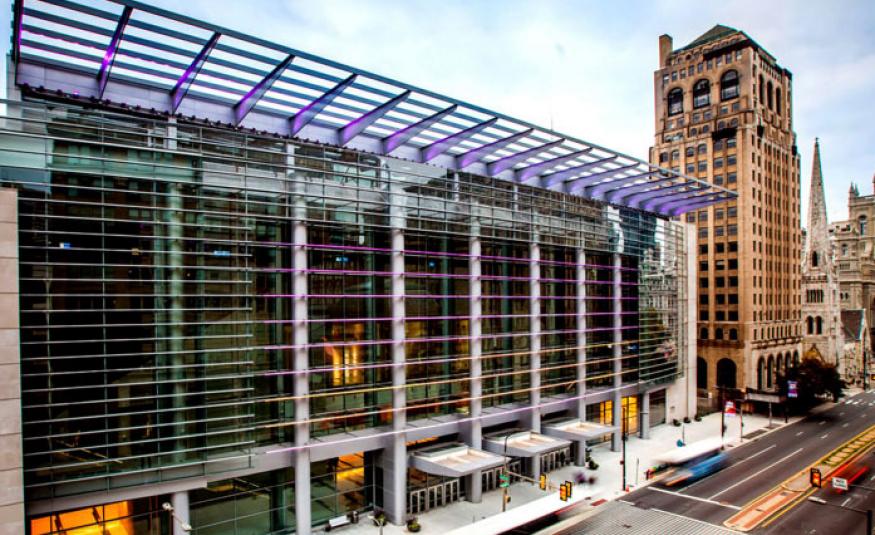 Pennsylvania Convention Center management has announced a 10-year labour agreement extension that means customers can now erect and breakdown their own exhibition stands regardless of size.

The extension agreement builds on a deal first approved in May 2014, with the new exhibitor rights going into effect 1 August, 2019.

The Center is promising more detail on its website (www.paconvention.com) next week on how exactly customers can take advantage of the expanded exhibitor rights contained in the new Customer Satisfaction Agreement (CSA).

The new deal represents a significant change from the current practice, which limited that work by exhibitors to booths that were 600sq.ft or smaller in size.

The agreement also continues the Pennsylvania Convention Center’s distinctive practice of only assessing overtime charges for trade labour after eight hours of work on weekdays, regardless of start time. This is a major differentiator from other large convention centres in the Mid-Atlantic and Northeast which assess overtime charges or variable labour rates for work performed outside of the 8 a.m. to 4.30 pm window on weekdays.

The extension of the Customer Satisfaction Agreement was signed by the four show floor labour unions: Laborers’ International Local 332, IATSE Local 8 (stagehands), International Brotherhood of Electrical Workers (IBEW) Local 98, and Iron Workers Local 405. The agreement will run until May 2029.

“As a result of the Pennsylvania Convention Center’s strong partnership with trade labour, our facility will have the most progressive exhibitor rights of any major urban convention centre in the Northeast,” said Gregory J. Fox, Esq., Chair of the Center’s Board of Directors.

“We are partners with a common goal of delivering meeting planners, exhibitors, and attendees the best possible experience and value. We know that strong customer service and cost-savings improve our competitiveness and put us in a position to make every customer a repeat customer.”

The May 2014 labour agreement has received praise from the meetings industry and is likely to lead to reduced labour costs for exhibitors.

“The success of the Convention Center over the past five years provided us the opportunity to extend the agreement to offer our customers stability and guaranteed cost,” said Michael Barnes, Business Manager for IATSE Local 8. “This, along with the new changes to the agreement, will continue to put the Pennsylvania Convention Center at the top of every meeting planner’s list of cities to book their shows.”

SMG manages the day-to-day operations of the PCC facility and has won a five-year extension of its facility management contract with SMG through 2023.

“The operational changes put in place by SMG over the past five years, combined with the co-operative partnership between the Center’s management and labour, have been very well-received by meeting planners and the larger meetings industry,” said John McNichol, President and CEO of the Pennsylvania Convention Center Authority. “We are consistently competing for and winning new business, but what is most impressive is the number of customers who are re-booking the facility following their successful events.”

Hospitality and tourism is one of Philadelphia’s largest and fastest growing employment sectors with over 74,300 hospitality-related jobs in Philadelphia County alone.

The PCC features the largest exhibition space and ballroom in the Northeastern US. Each year, the Center hosts more than 200 events that attract more than 1.2m attendees.