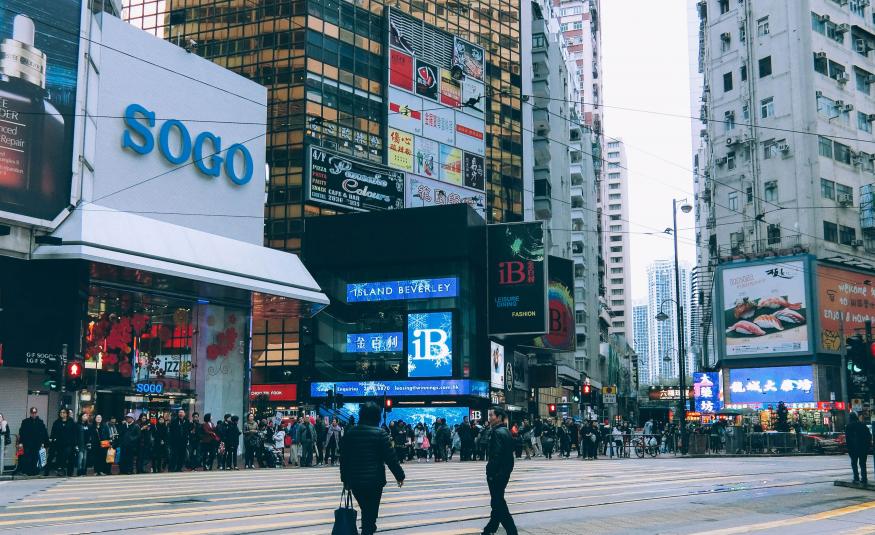 Unchecked mob violence in Hong Kong over the weekend could put into jeopardy the city’s reputation as a safe and efficient meetings and events destination, at least in the short term.

A tense situation in the Special Administrative Region deteriorated at the weekend when masked men stormed a train station.

Some lawmakers accused police of being slow to deal with the latest outbursts, which, according to the BBC, resulted in 45 people injured.

Pro-democracy politician, Ray Chan, took to Twitter to complain about the police response to the violence. “Hong Kong has one of the world's highest cop to population ratio ... Where were [they?]”

A government spokesperson described the latest violence as, “absolutely unacceptable to Hong Kong as a society that observes the rule of law. The SAR Government strongly condemns any violence and will seriously take enforcement actions.”

Mass protests have been held for weeks, initially over an extradition deal with mainland China, which the Hong Kong government has since suspended.

Protest and counter-protests have attracted over 100,000 demonstrators on each side.

Some banks and shops closed early on Monday (22 July) amid fears of more trouble.

"Some radical protestor behaviour violated our bottom line of 'one country, two systems'. We cannot tolerate that," the spokesman said.

EW columnist and Asia specialist Bjoern Kempe adds: “Hong Kong has crossed the lines by both parties starting using violence. As such, Hong Kong needs to act now to ensure that it continues to enjoy the reputation of  being a safe city for MICE events. Having lived myself in Hong Kong I am shocked that it has come that far and I have to blame local authorities of not doing their best to de-escalate the situation. I believe many Mainland Chinese will be wary of joining events in Hong Kong in the short term, however, as we saw in the aftermath of the 2014 occupy central movement, confidence can be quickly restored if there is a conclusion to the protests. Four of my German friends have been directly affected by the situation and two went back to Germany - a clear sign that Hong Kong’s next year won’t be easy for business. I advise caution and strong security efforts and to promote Hong Kong as safe business place for MICE events.”

Stuart Bailey, Chairman of Hong Kong Exhibition & Convention Industry Association (HKECIA), reacted on 25 July, with the following comment to his own question of 'Is Hong Kong Safe..?':

"Over the past few days I have been asked for comment by both journalists and overseas companies with an interest in organising events in Hong Kong, the questions range from 'what is going on?' to 'when will it be over?' and 'how safe is Hong Kong to visit and participate in trade events and exhibitions?'

"Regarding what is it about and when will it end, I would refer people to major news outlets for a better reading of what the protests are about, but I think it’s safe to say that what began as one thing (opposition to the proposed China extradition treaty) has now morphed into lots of separate issues in which the people of Hong Kong feel that the government could be doing a better job of serving their interests. As to when it will end, the situation remains fluid and whilst the major demonstrations could all peter out in the coming days the underlying sentiment will likely take more time, particularly if there is no affirmative action to address some of the legitimate concerns.

"As to the most important question of whether Hong Kong is a safe place to visit, the short answer: YES, it really is, but there are some things to know.

"As you arrive at Hong Kong International Airport, you would have absolutely no idea that anything remotely unusual was going on. Driving into the city, and getting to your hotel, you likely wouldn’t either. All of the protests and unsanctioned demonstrations in Hong Kong are currently isolated to a very small section of the city, away from where the vast majority of visitors stay, and away from all of the things that tourists or business travellers would want to do in Hong Kong. Events at both the Hong Kong Convention Centre and Asia World Expo are continuing as usual and the recently completed HKTDC Hong Kong Book Fair saw almost one million visitors visit the show with the average visitor spend up year-on-year.

"On the ground in Hong Kong, it’s business and travel as usual across most of the city. The trains are running, busses and taxis are moving and ferries are ferrying people across the harbour as efficiently as ever. It’s worth remembering that Hong Kong is one of the safer cities in the world, with low crime rates and excellent standards of medicine and healthcare.

"Realistically, unless you’re planning to join the protests or walk into the Central Government Buildings in Admiralty, Hong Kong is as safe today as it ever has been. I would not recommend that anyone coming to Hong Kong should alter their plans or think about cancelling their trip. Just avoid these small radiuses and keep your wits about you as you would in any city and all will be fine. In a city as large and stunning as Hong Kong, it shouldn’t be too hard to enjoy a great stay in Asia’s World City."

A group of pro-China lawmakers, meanwhile, have held a news conference appealing for a halt to the violence, saying it was a blow to Hong Kong's reputation and is scaring away tourists and investors.