Branding at events: How the Olympics transcends politics and conflict 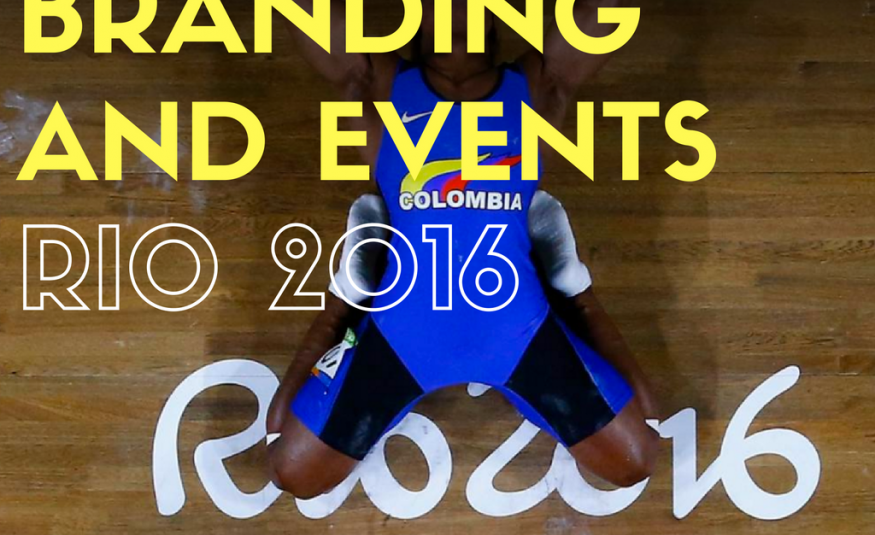 Sixteen glorious days after they opened, the Rio 2016 Olympic Games have closed. ‘Open’ and ‘closed’. That's also how the Economist recently described the new fault lines in international politics.

No longer about left and right, the outlook of politicians – and nations – is defined by whether they are welcoming and open-armed, or protective and closed-borders. Progressive or regressive.

It’s a broad theme that has also divided the commercial world for the past decade. The democratisation of data may not have changed human nature, but it’s certainly changing behaviour, particularly in younger people.

Progressive brands have responded by forging more collaborative, two-way relationships with their audiences, leaving behind the stricter, ‘command and control’ approach of the late 20th Century.

We’ve seen these more open, ‘human’ brands adapting the way they present themselves, communicate and listen to their audiences, while others have struggled to get out of the old one-way broadcast mode. 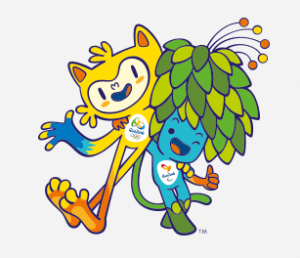 A beacon of inclusivity?

The International Olympic Committee has always held the Olympic Games to be a beacon of inclusivity – a progressive event that transcends politics and conflict, and celebrates the upper limits of what it means to be human.

That it manages to do this while reinforcing the idea that the flag you were born under matters is remarkable.

To this end, the IOC has done fantastic work, incentivising athletes of different age groups, from all backgrounds, and particularly in raising the status of the Paralympic movement over the past decade.

In Rio, history has been made when the first Refugee Olympic Team was brought together – competing under the Olympic flag when they have none of their own. This is genuinely heartwarming, and should be applauded. 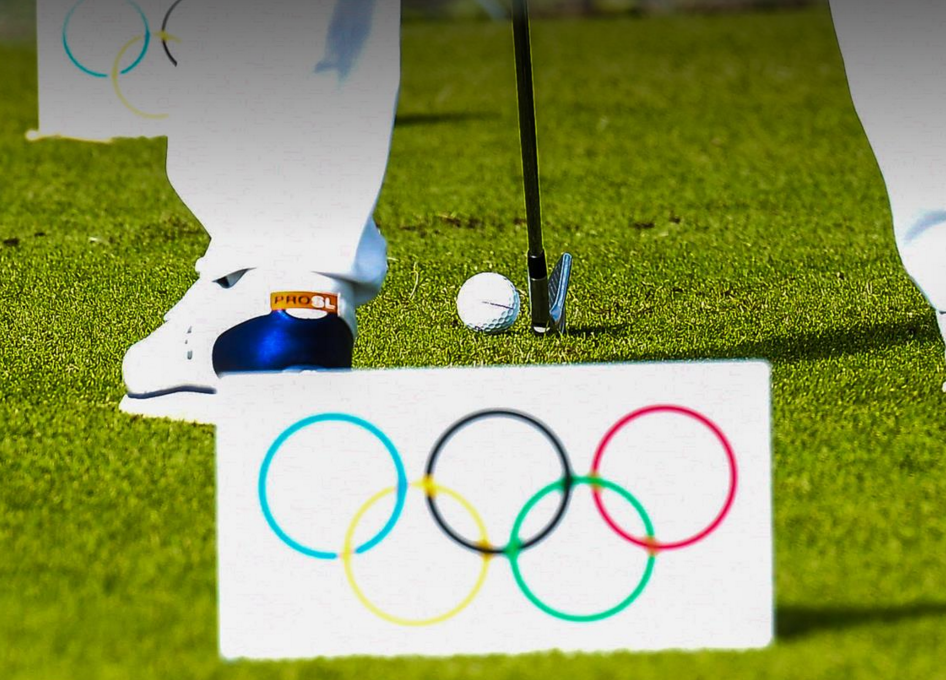 Scared of the internet

But behind all this, there are still problems. The IOC’s values are ‘Excellence, Friendship and Respect’, and part of its story is about welcoming everyone who chooses to live by them.

As early as 2012, the designer of the Rio 2016 logo said it would reflect the more open, welcoming nature of Brazil, compared to the deliberately edgy, London 2012 system.

So, when the IOC talks about inclusivity and welcomes refugees to Rio, as a progressive brand you would expect it to match that level of openness in all areas of its organisation. But, from a brand perspective, it continually drops the ball.

Then came allegations of the United States Olympic Committee bullying brands who might consider using ‘official’ hashtags to congratulate athletes during the Games. Finally we heard that brands and unofficial press would be banned from creating GIFs using any official Games content.

Like a parent putting a veto on Minecraft videos because they fear Snapchat, these stories paint a picture of someone struggling to keep up with the modern world. The IOC may talk like a progressive, inclusive organisation, but often seems to protect its brand with the grace of a 20th Century dinosaur.

But what if it changed its ways, and instead acted with the agility of a 21st Century gazelle? If the IOC relax their grip on the Olympics brand a little, what might they do differently? 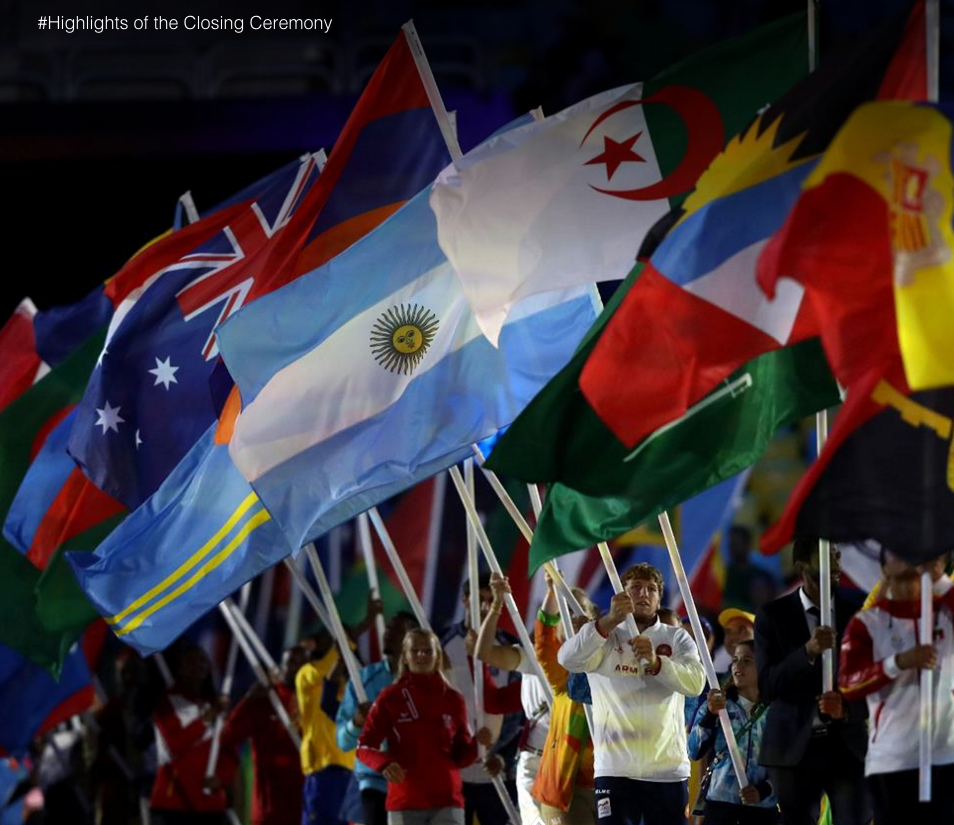 Looking ahead, progressive brand thinking will be vital for Pyeonchang 2018 and Tokyo 2020. The world will be more mobile and personal, and video on demand will mean people will want high-quality live content wherever they are.

Tokyo is eight hours ahead of London, twelve ahead of Rio and seventeen ahead of Los Angeles, so traditional broadcast channels are unlikely to be the natural home for a lot of live content.

With brands becoming content channels, what if they were allowed to broadcast alongside traditional streams? If Vice was a content Partner in Tokyo, how would its point of view compare to Samsung's?

Giving people a creative free reign to broadcast what they want would show many more sides of the Olympics than the jingoistic cheerleading of the major broadcasters. 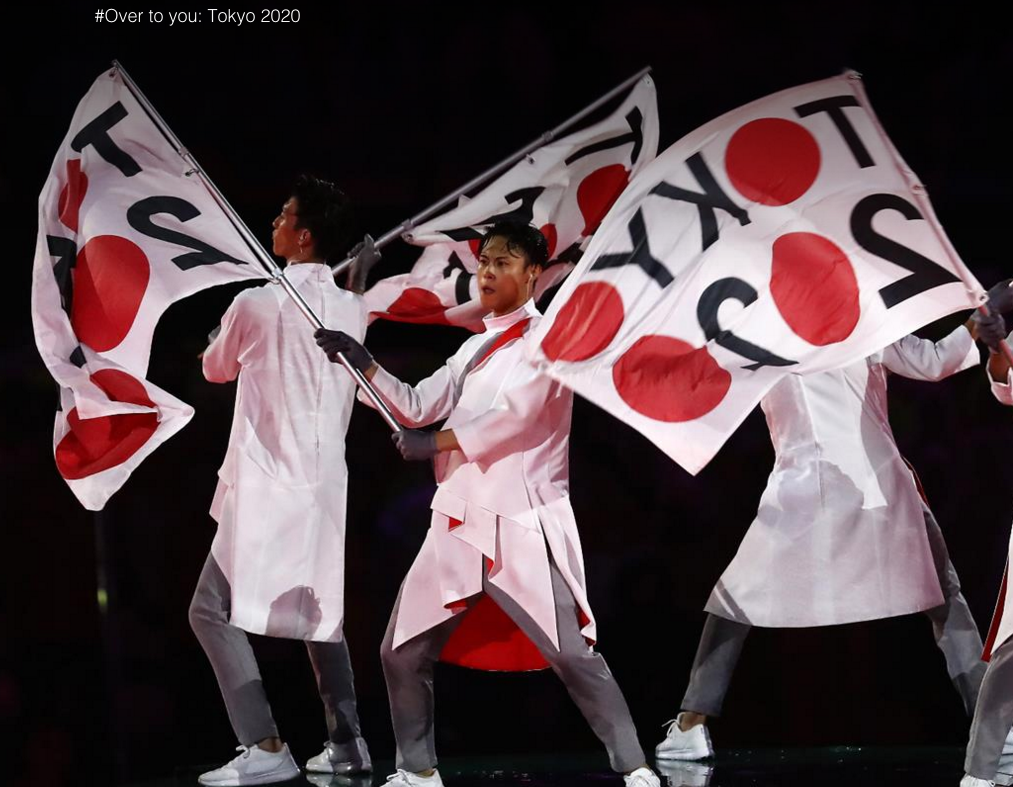 Commercial sponsorship is a thorny issue. On one hand it’s helped the Olympic movement to grow rapidly since being introduced in 1984. But as Greg Nugent points out, that overlooks the role the public play in making the Games a success. As health awareness grows, brands that lack relevance to sport look increasingly incongruous – although judging by this article, it’s hard to argue that junk food has no place in an elite athlete’s training regime.

But if teams have their own sponsors, why not the sporting disciplines? In Tokyo, Quiksilver might be an appropriate supporter of Skateboarding, or in a more abstract way, Durex might be relevant to the protective Fencing suits.

Although, with Strongbow cider officially supporting Team GB, maybe B&Q would be more apt! Remember, this isn’t about overt advertising at the Games themselves, just a reason for the brands to associate themselves with sports in their own channels.

How about letting these brands create more of a festival experience around the Olympic Parks? Again, this can be relevant and genuinely useful to the audience, in the way that Arsenal's soccer schools partner with Indesit’s launderette at festivals. 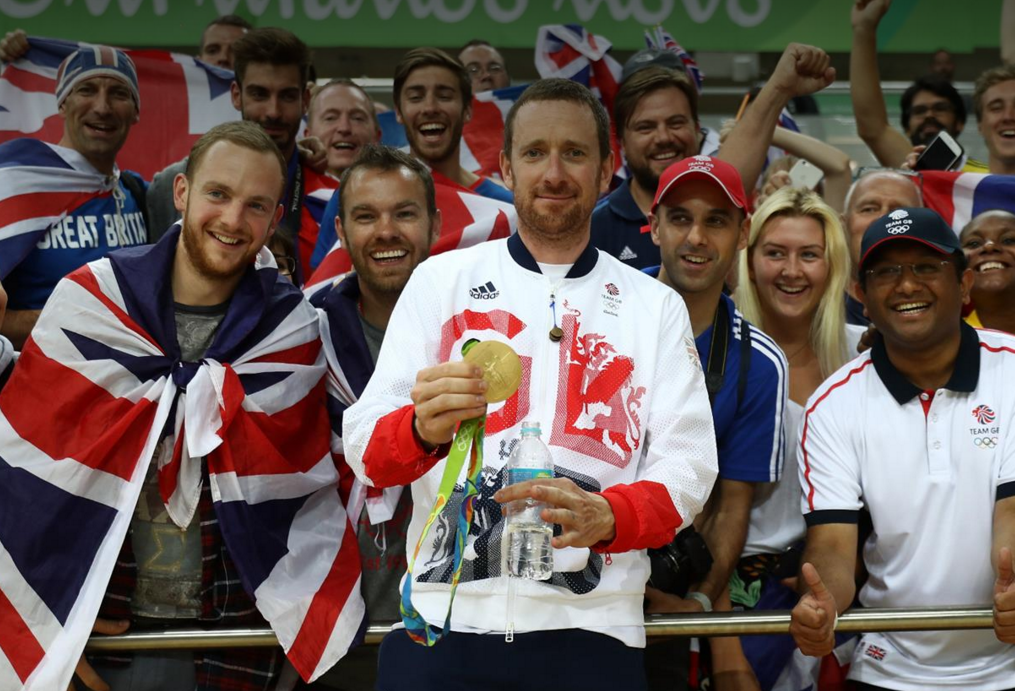 The Olympic Games are about individual excellence, friendship and respect, but the human story of what it takes to compete often gets lost in national rivalry. Younger audiences are more interested in these conversations around the events and behind the scenes.

What if the IOC encouraged every athlete to promote themselves throughout the Games, and let them tell their own story more openly?

This would allow more individual stories of overcoming challenges, hard work, courage and success to be heard. It would also help to show the athletes’ lives around the sport, letting the audience identify even more strongly and build a greater connection.

This could be extended beyond competing athletes too, showing younger sportspeople finding their way, and those involved in making the Games happen, again showing a more rounded picture. 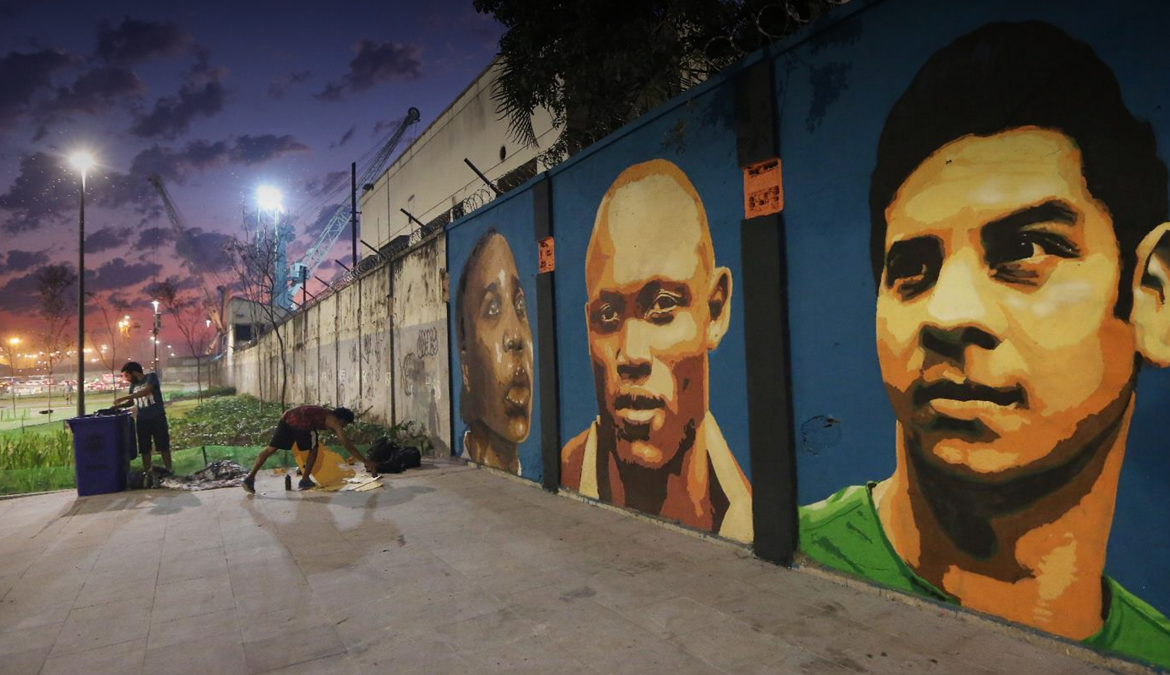 There have already been a few positive signs that the IOC is evolving in Rio. Earlier in the year they announced that the infamous 'Rule 40' was being relaxed, meaning brands who aren’t official Olympic supporters have been allowed to feature their sponsored athletes in ads for the first time.

And a broadcasting deal with NBC and Snapchat saw 50 million people view Rio 2016 content on the platform in the first week alone, reflecting the more immediate way people are consuming video.

This shows a willingness to change at least. If the IOC can continue to learn and grow, it can fully embrace the modern world and start to become the open, inclusive organisation it desperately wants to be. Rather than the Olympic brand losing its lustre, wouldn't it be fantastic if Tokyo 2020 looked more like this? 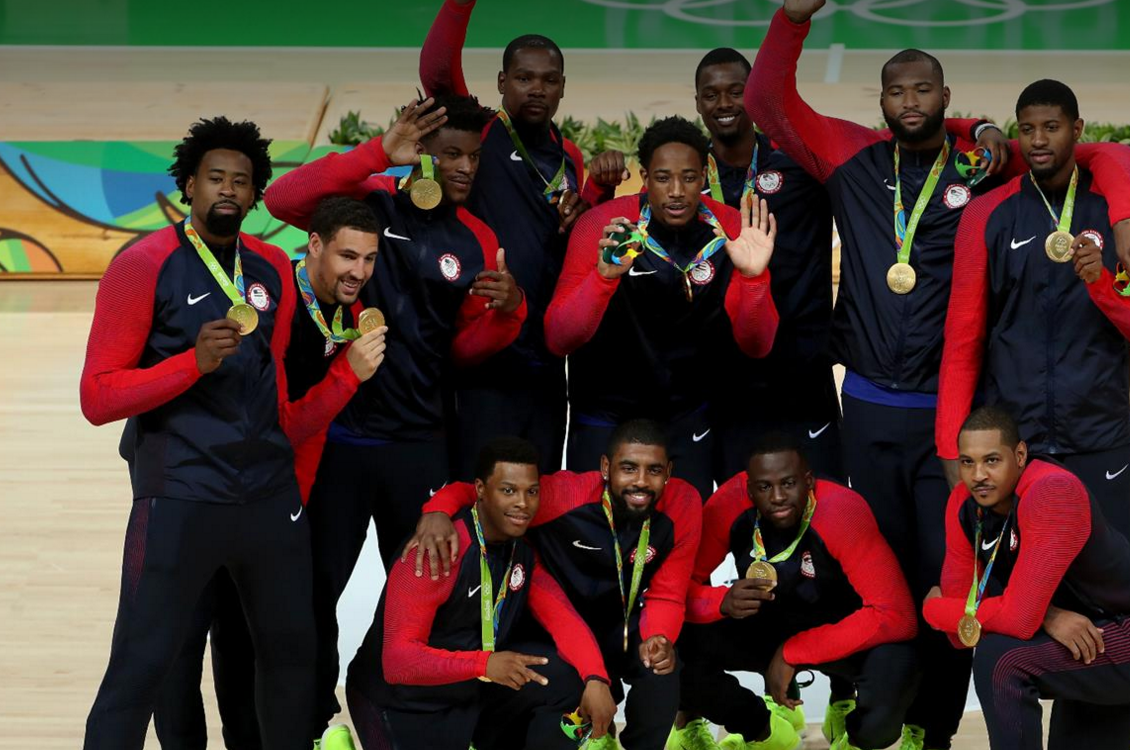